The world’s best freestyle footballers will welcome the return of fans as the Spanish city of Valencia has been confirmed as the host city for the 2021 Red Bull Street Style World Finals in November. Sixteen male and eight female freestyle footballers will entertain fans in a celebration of skill, style and diversity, with athletes from all corners of the globe taking to the stage.

The pinnacle competition for the sport will be held in front of fans again for the first time since 2019 and will take place on Saturday, November 20 in the scenic Spanish city.

🎫  Click here to get your free tickets for the 2021 Red Bull Street Style World Final!

Those hoping to wow fans in Valencia are reigning male and female Red Bull Street Style champions Erlend Fagerli of Norway and Melody Donchet of France, who will both be eager to defend their crowns.

Confirmation of Valencia comes as the draw for the seeding groups for the World Final – the Online Battle Pools – was held earlier this month which conjured up a number of intriguing match-ups, with 59 male and 20 female athletes vying for a place at the World Finals.

In the stand-out group of the entire draw, Donchet has been drawn in Group C alongside a mixture of rising stars and older champions such as Chile’s Catalina Vega, fellow Frenchwoman Pola Gomez, Great Britain’s Lia Lewis, and Poland’s Kalina Matysiak. Also in action are American Caitlyn Schrepfer in Group B and 2018 World Champion Aguska Mnich from Poland, both of whom will be confident of progression to the World Finals. 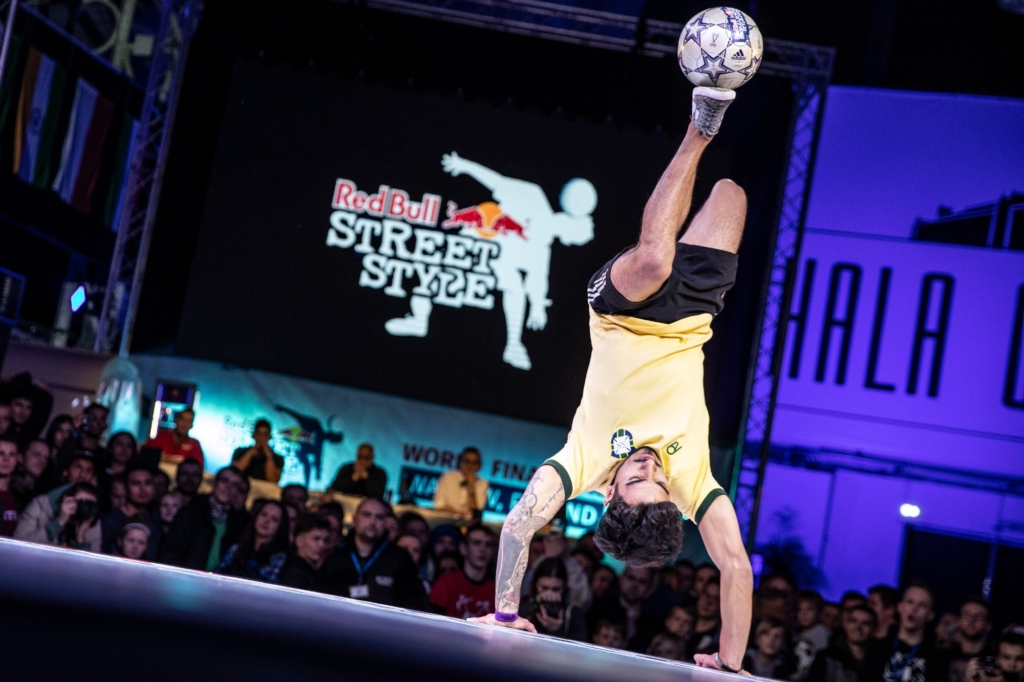 Group N of the men’s competition pits best friends Philip Warren Gertsson and Viktor Ludvig Olovson aka VLO against one another – the Swedish residents having known each other for over 15 years. In a men’s competition littered with talent, fans will also be able to watch Poland’s 2013 winner Szymon Skalski in Group G and 2019 finalist Sebastián Ortiz of Colombia in Group P. Elsewhere, Brazilian Gabriel Parke is considered a rising star to watch in Group A as is France’s Tristan Gac in Group L, who has entered the Freestyle Football scene with a bang.

American champion Caitlyn Schrepfer said: “I am so excited for this year’s competition. I was heartbroken last year when I made a couple of small mistakes and I thought I had a great chance. I am looking forward to the competition and hoping to give the other participants a good challenge.”

The WFFA President, Steve Elias, said: “We are thrilled to co-organise Red Bull Street Style yet another year! We believe the city of Valencia will offer an absolutely fabulous backdrop for the 2021 World Final and are really looking forward to celebrating the sport both with the athletes and the fans.”

Frenchman Séan Garnier, the first winner of Red Bull Street Style back in 2008, added: “The beauty of Freestyle Football is that you just need a ball. You don’t need equipment, a motorbike or any other kit. I cannot wait to watch Erlend Fagerli again, who is going to take some beating this year. He is the full package. He has all the skills and is a fantastic performer to go with it. He is incredible and last year he took his game to the next level. He knows how to master his body with the ball.”

For more details about this year’s edition of Red Bull Street Style, please check the corresponding Event Page on the WFFA website.