Red Bull Street Style, the most competitive Freestyle Football tournament in the world, is back in 2022 with the clear goal of taking things to the next level: a thousand athletes from over 50 countries will compete in a contest that will see a new sportive format being implemented this year, guaranteeing that finalists from up to five continents will enter the World Final for the first time in its history.

Red Bull Street Style is the pinnacle competition of a sport that aims to become Olympic, delivering the highest sportive level, athletic progression, and spectacular moments in all Freestyle Football competitions. After a 2021 World Final that saw an unexpected upset in the triumph of Britain’s Lia Lewis in the women’s tournament just 3 years after entering the sport, the world’s best freestylers will once again be battling it out over an intense season to be crowned World Champions. 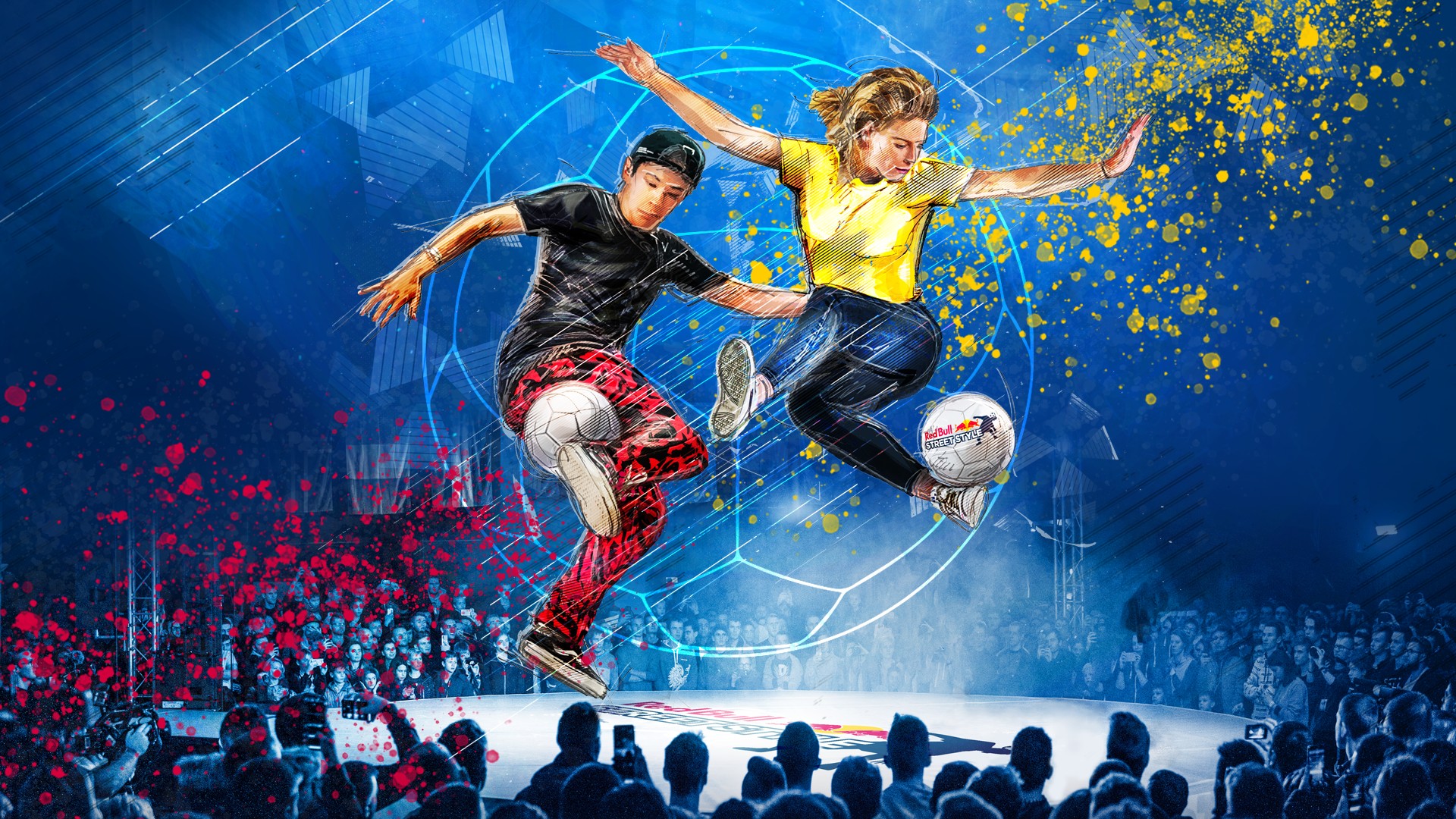 In the men’s bracket, 2022 will see the return of in-person qualifiers, a series of events that will take place in specific countries to determine their champions; most nations of the world, though, will select their best athletes through online National Qualifiers on the WFFA App. The best athletes of each of the participating countries, including a specific Rest of the World qualifier for nations with smaller communities, will then advance to their respective Regional Qualifier. Only the most skilful participants of each of the five regions (North and South America, Africa, Asia-Pacific, and Europe) will make it to the Regional Finals, a brand-new concept happening in late August that will determine the 16 men that will participate in the World Final on October 8th in Croatia. 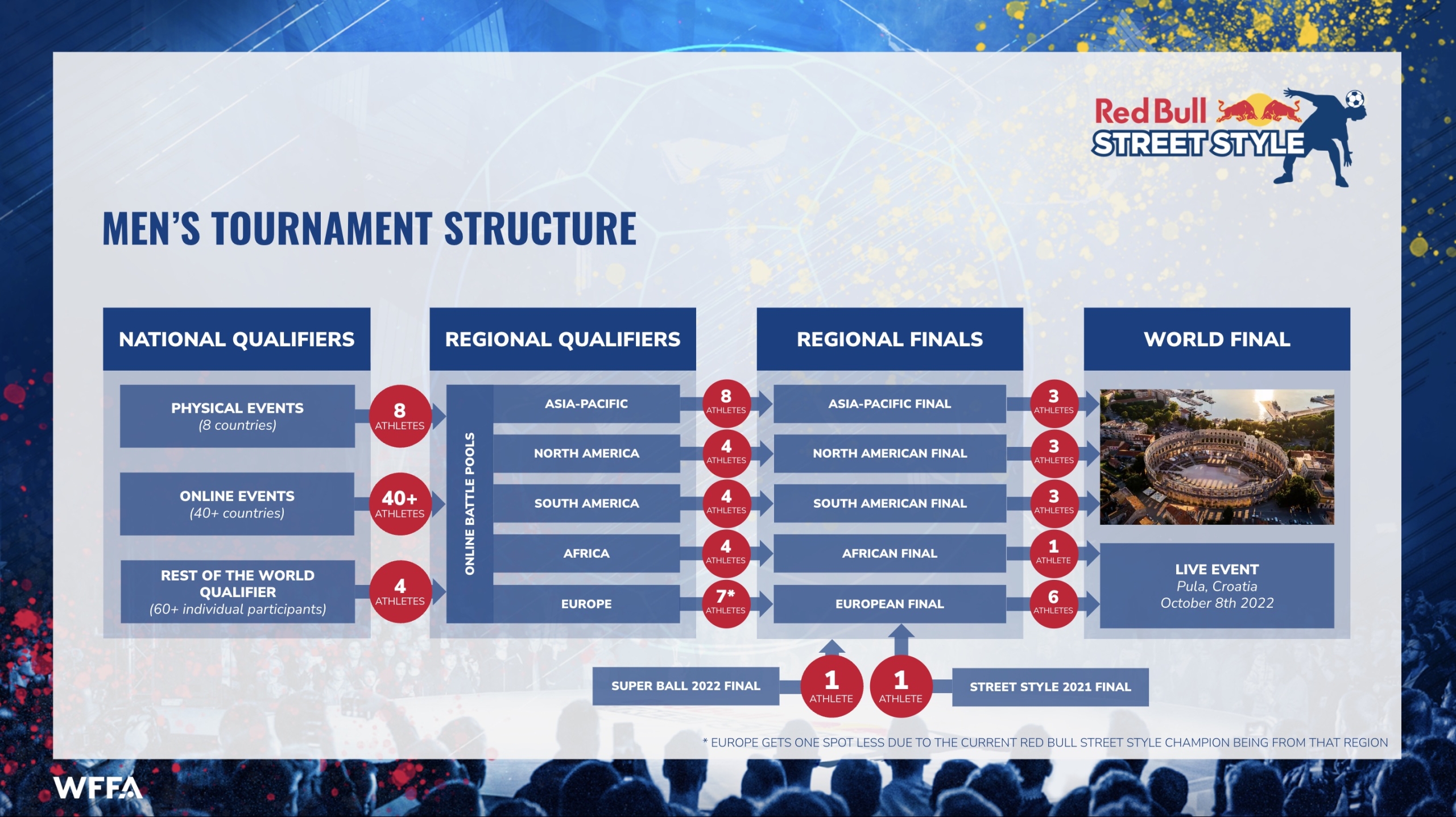 In the women’s bracket, the competition will happen on a fully online basis. Female participants from all around the world will need to get through a first selection process to earn a spot in their respective Regional Qualifiers, the winners of which will then make it to the Regional Finals in August. The very best 8 female freestylers on the globe, coming from each of the five regions, will then earn a spot in the World Final in Croatia! 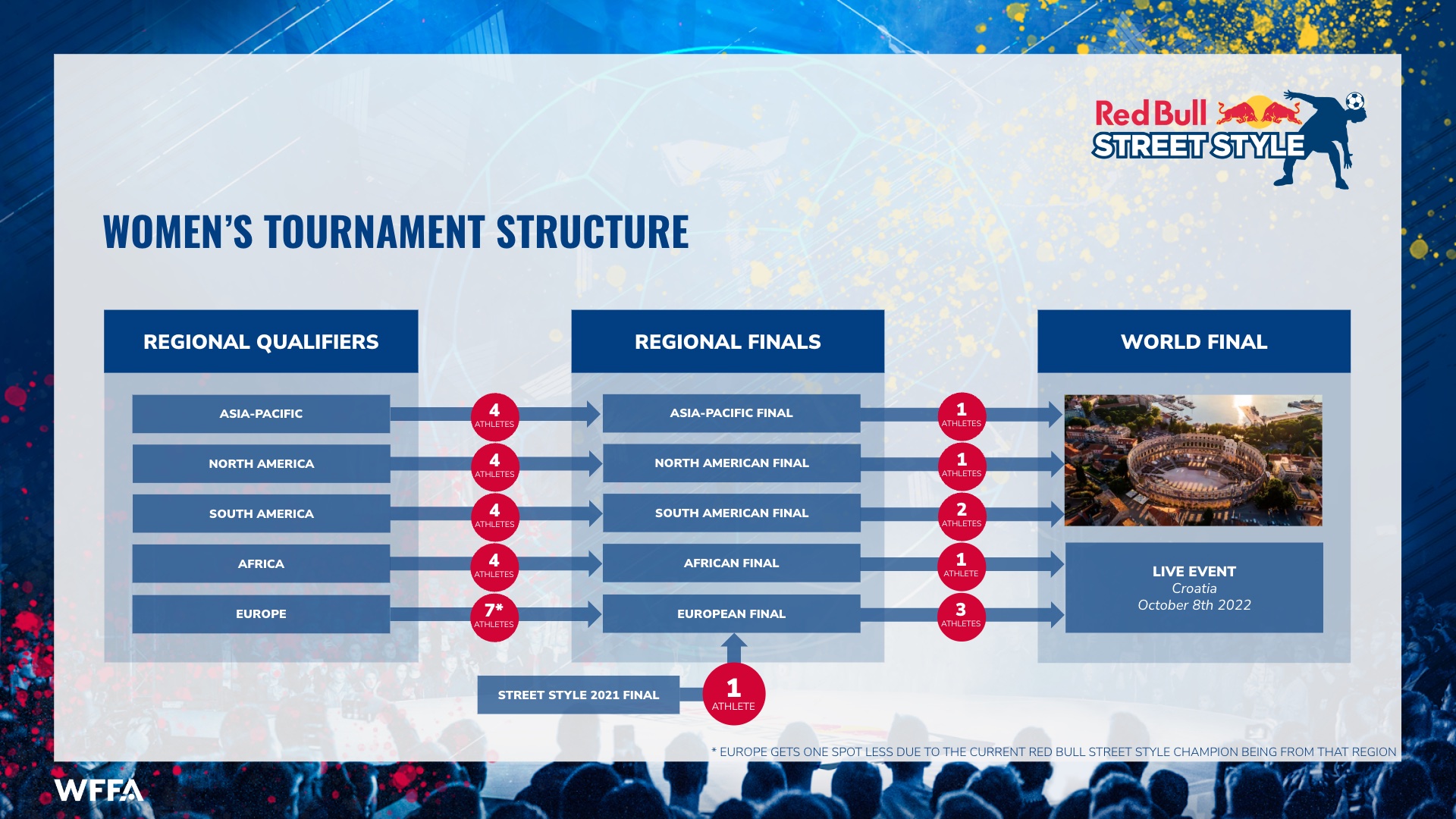 “We are really happy to see this new format implemented”, said Steve Elias, President of the WFFA. “We want to give freestylers from all around the world the opportunity to compete in a World Final, and that’s why we believe the regionalised competition will become a hit for the community worldwide”.

Defending champions Erlend Fagerli and Lia Lewis will join the contest as wild cards in the Regional Finals, aiming to defend their crown. 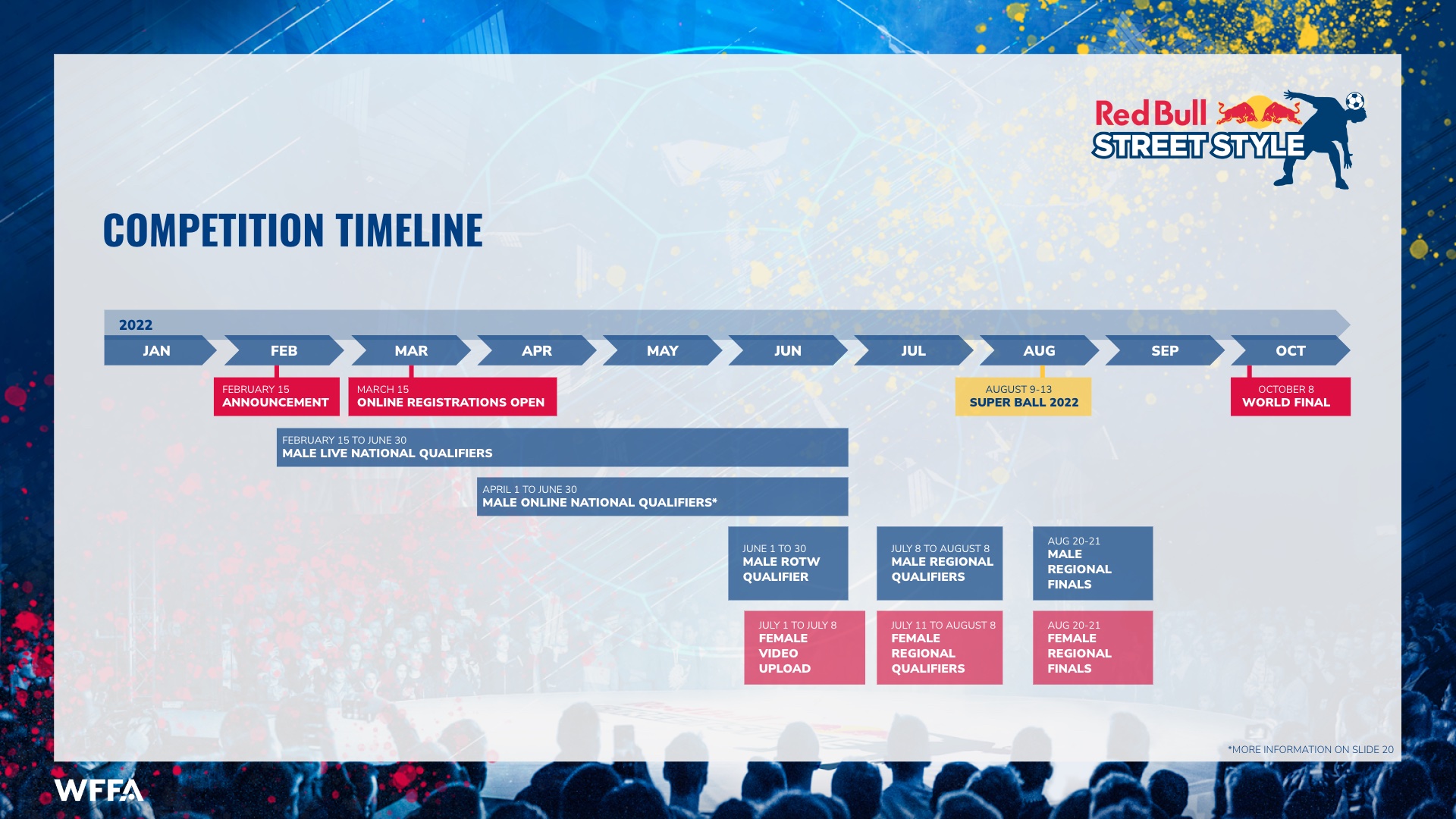 “It’s such a privilege to defend my title once again. I’m so excited to test myself against the best freestylers in my region and in the world this year!”, said Erlend Fagerli, the reigning world champion.

Lia Lewis, the current female champion, agrees: “It will be tough to face so many amazing freestylers in the Regional Finals, but I am ready to accept this challenge: I’ll do my best to defend my title at the World Final!”.

The Official Rules of the tournament are available on the Rules and Regulations page of the WFFA official website together with the details about the format. Visit the official Event Page as well for more details!

For more information about the activities of the WFFA, follow its official channels to get the latest updates!